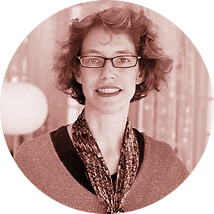 Ellen Lupton
@ellenlupton
Ellen Lupton is a writer, curator, and graphic designer. She was awarded with an AIGA gold medal, but probably she is best known for her book "Thinking with type", which it's used worldwide as a reference and text book about typography. She is also director of the Graphic Design MFA program at Maryland Institute College of Art (Baltimore).

This Is Your Brain on Typography
From the universal power of story-telling to the mind's ability to find order in the chaos of sense perception, rich cognitive principles drive the design process. Theories of perception and cognition help us understand how people see and react to images and interfaces. Designers can use these theories to create inventive forms and concepts that surprise, delight, and entice the viewer. Principles of the mind—from the laws of Gestalt to theories of narrative, behavior, and how to tell a joke—shed light on how design works and how to make it better. 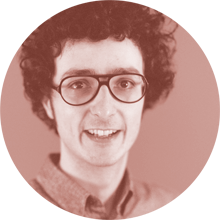 Francesco Franchi
@ffranchi
Francesco Franchi is art director at IL, the monthly magazine of Il Sole 24 ORE. Before that, he worked for five years as a senior designer at Leftloft, a Milan based design studio, dealing with communication design, editorial projects and infographics. Professional journalist since 2010, he's visiting professor at Domus Academy, IED Milan and Politecnico di Milano and member of The Society of Publication Designer and professional member of AIAP, the Italian Council of Communication Design. In 2013 he published Designing News, Changing the world of editorial design and information graphics.

You can see his latest works on his website and on flickr, take part to one of his workshops or buy his book on amazon

Writing is no longer enough
As designers we are living the most interesting and challenging age of the news industry. The technology used in writing is undergoing a huge transformation, addressing itself to a multitude of languages. The great challenge of our time is to combine different languages, in order to increase knowledge and understanding, to inform and clarify. According to Franchi, reporting is not merely filing a story once, but rather telling a continuous narrative in a way that is most relevant for a broad range of traditional and digital media—from breaking news to analysis, from interviews to commentaries, from photo essays and illustrations to information graphics and interactive visualizations of data. 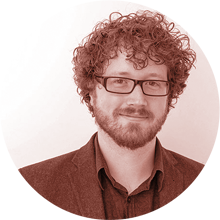 Elliot Jay Stocks
@elliotjaystocks
Elliot Jay Stocks is the Creative Director of Adobe Typekit and the founder of typography magazine 8 Faces. He is a designer, speaker, and author whose work can often be found in books, blogs, and magazines, with a portfolio containing clients like Virgin, Microsoft, Brooklyn Beta, Founders Fund, and MailChimp. He gives talks at events including An Event Apart, TYPO Berlin, South by Southwest, and Web Directions, and writes for publications such as Codex: The Journal of Typography, .Net magazine, and Computer Arts.

You can read his blog about typography on his website, see his graphic works on dribbble, or buy one issue of 8 faces or digest magazine

Advanced Web Typography
Typography on the web has made huge leaps forward in recent years, allowing web designers to realize their designs with an almost print-like level of control. However, the details surrounding that control can still be challenging, and bleeding-edge technology like OpenType support is still in flux. In this talk, Typekit’s Creative Director and 8 Faces founder Elliot Jay Stocks takes attendees through some of the most exciting recent developments that allow us to take web-based typography to the next level. 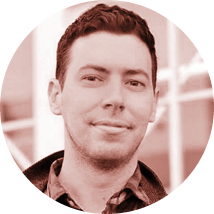 Frank Chimero
@fchimero
Frank Chimero is a New York-based designer, illustrator, and author of The Shape of Design. He has worked for clients including Microsoft, Starbucks, Facebook, Newsweek, Bloomberg Businessweek, GOOD Magazine, and more. In 2010, he was chosen as a Young Gun by the Art Directors Club, and was honored as a New Visual Artist by Print Magazine. His work focuses on intermingling text and images across digital and analog spaces.

You can see his latest works on dribbble, follow him on twitter, read his personal blog and buy his book (or read it online).

The Digital/Analog Flip-Flop
Words are vessels of thought and culture. As our words jump from screen to page, medium to medium, it becomes a designer’s task to develop design approaches and typographic systems that can elegantly retain their integrity from place to place, while using each format’s advantages. Content moves in both directions: we can use the connectivity of digital to invigorate printed material, but also use the uniformity of the printed page to stabilize digital content. It’s a difficult task, but we have examples. I’ll track patterns back into television, documentaries, and paperbacks to look for clues about how to take advantage of this decade’s big design opportunity. 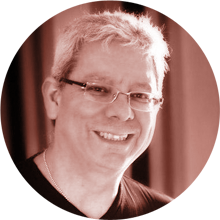 Vincent Connare
@VincentConnare
Vincent Connare is an American type designer and font engineer who is best known for creating Comic Sans. As a font engineer he has been providing technical font solutions for operating systems on computers, printers, mobile phones, televisions and cars since 1987. As a type designer he has created the web fonts Trebuchet and Webdings for Internet Explorer. He designed the typeface Magpie targeting e-books and designed the lettering in the Ministry of Sound logo. Vincent currently works as a font engineer for Dalton Maag in London.

Typography is the Answer to a Question.
Vincent Connare will discuss the projects he has worked on all his career that have always been an answer or solution to a software problem or need. 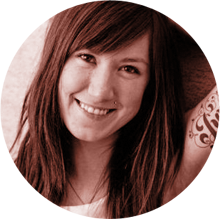 Jessica Hische
@jessicahische
Jessica Hische is a letterer and illustrator best known for her personal projects Daily Drop Cap and the Should I Work for Free? flowchart as well as her work for clients like Wes Anderson, Penguin Books, and Google. She’s been named one of Print Magazine’s New Visual Artists, an ADC Young Gun, and one of Forbes 30 under 30 in Art and Design two years in a row. She is currently serving on the Type Directors Club board of directors, has traveled the world speaking about lettering and illustration, and has probably consumed enough coffee to power a small nation.

You can read her thoughts on her blog, see her works on dribbble, look at the photo she takes on instagram, or buy “stuff” on her online shop

My Illustrious Ascent Toward “Less Exciting” Work
Designers try desperately to make work that’s impactful—to create work that will leave people breathless and hungry for more. Young designers in particular are endlessly trying to impress, their designs scream “DESIGN!”, their type choices are bold, their color palettes are disruptive. Many designers carry this momentum throughout there careers, but there are a few that begin to see differently. Instead of focusing on the flash, they hone in on the details, noticing things that others can barely perceive. Does this make their work better? Does it make it boring? Jessica will guide you through her own work and show you what happens when the small and imperceptible becomes even more exciting than the big bright and flashy. 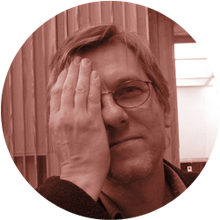 Jan Middendorp
@JanMiddendorp
Jan Middendorp, born in the Netherlands, works in Berlin as an independent writer, translator and consultant. He teaches at Weißensee Art College in Berlin and the Plantin Institute of Typography in Antwerp. During the past fifteen years Jan has edited, written and co-written a number of well-known books on graphic design and typography, including Dutch Type (2004), Shaping Text (2012), Type Navigator (2011, with TwoPoints. Net), Creative Characters (2010) and Made with FontFont (2006, with Erik Spiekermann). He has an ongoing collaboration with the Bibliothèque typographique of Ypsilon éditeur in Paris. He has translated books by Alice Twemlow and Adrian Shaughnessy into Dutch.

You can read one of his newsletter on typography, follow his works on behance, or buy of his books on typography on amazon

Apostrophe Now
There was a time when graphic design was about high ideals: improving people’s lives; providing safety and guidance; defying capitalist greed; saving the world. We could use some of that today. The world has become so complex, and the flow of information so overwhelming, that it would be really helpful if designers used their skills to expose its mechanisms — daring to be funny, incisive and irreverent. But most of us cannot cope with so much content. We lecture each other about kerning, M-dashes, apostrophes and Comic Sans. Students revel in cool Klein blue and hipster irony. Professionals complain about the fonts in iOS 7. We consume as if our lives depend on it. Have we painted ourselves into a corner, or can we still design our way out? 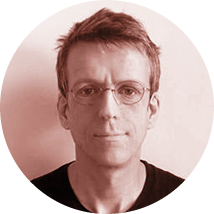 Erik Van Blokland
@letterror
Erik van Blokland is a type designer from The Hague. He's best known for Beowolf, a self-modifying digital typeface, released for the first time in 1990. He worked with Just van Rossum. Together they formed LettError, a design duo dedicated to type, arts and research, where computer programming is the leading philosophy, and developed the RoboFab, a Python scripting environment for FontLab.

Optics and code
Erik will introduce some small research projects. The first: some things to keep in mind about when drawing small details: type for reading sizes is designed to be at the edge of the average eye can see. But what does that mean - and look like? The second: the absolute precision of our digital tools does not mean we all draw the same. The results of a survey. Also a quick introduction to Superpolator3. 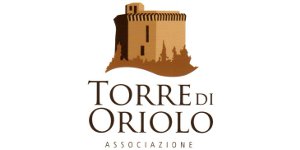